The NFC Reader Library is a software stack for creating and developing contactless applications for NXP’s NFC frontends and NFC controllers with customizable firmware. This library provides an API facilitates the most common operations required in NFC applications such as: reading or writing data into contactless cards, exchanging data with other NFC-enabled devices or emulating cards. The NFC Reader Library:

In addition, the release includes several examples to get familiar with the library and which can be used as reference for your developments and, it is also included an HTLM-based API documentation for all the components, which is generated from source-code annotations.

This layered architecture is helpful for several reasons:

In case the reader MCU is part of the built-in support, the examples can be directly imported and executed straight forward. On the other hand, in case the reader MCU is not supported by default, the major advantage is that only adaptations in the DAL and OSAL layers are required, while the rest of the layers can be used without any modification.

The NFC Reader Library structure can be seen more clearly when imported in the MCUXpresso development environment. After completing the import wizard, all projects are listed in the “Project Explorer” window. As can be seen in the screenshot, it contains different folders:

In the existing NFC Reader Library v5.02.00 release there is no native support for Kinetis K64F. However, it is included a pre-compiled package for Kinetis K82F MCU. We use the K82F NFC Reader Library package as a reference project to start the porting to K64F MCU. This package can be downloaded from www.nxp.com/pages/:NFC-READER-LIBRARY. The steps required to port the library to Kinetis K64F are:

The hardware used for this porting exercise is:

The CLRC663 plus evaluation board is connected by default to an LPC1769 µC via SPI. However, the board is made in such a way that the LPC1769 MCU can be bypassed to connect an external MCU easily. For doing so:

Next, to connect the two boards together, the pining routing was done as follows:

Therefore no complex HW manipulation was required since all interfaces are easily accessible via dedicated headers or test points.

Once the HW connection is prepared, we can move to setting up the development environment and workspace.

From the software perspective, first we need to download the latest NFC Reader Library package. To do so:

Generate a downloadable SDK package for FRDM-K64F board

As part of the NXP support, an SDK with drivers, middleware, RTOS demos and more is available for any of its Kinetis and LPC micros.We need to build the corresponding one to K64F SDK. For that:

Next step to configure the development environment is to import the library package in the workspace. The easiest way is to use the Quick Start Panel on the left hand side.

The last step is to import the K64F customized SDK we configured from the MCUXpresso tools. To do so:

If the K64F SDK has been properly imported in the workspace, we should see a new drop-down menu for K64F. From there, we should select K64F and click Apply so that the memory details for K64F are set to the project example

At this point we have the hardware and the workspace for software development ready. In this step, we will start porting the NfcrdlibEx1_BasicDiscoveryLoop  software example provided as part of the NFC Reader Library release.

One of the first configurations to be changed is the project MCU settings. These settings indicate which target host device is running the application code. These settings can be found if:

After that, we need to change the compiler preprocessor settings, which can be found in C++Build > Settings. In the project examples of the NFC Reader Library, the conditional directives like #ifdef and #ifndef are used to include or exclude portions of the code from the actual compilation. The conditional codes are included in the program compilation only if the MACROs are defined in the project compiler preprocessor settings.

In the left side we can see the defined macros for the original project. Among them, includes one which defines that the HW used is PN518 and K82F board. Therefore, in the ported project, we need to replace the macros corresponding to K82F with the new ones corresponding to K64F.

For instance, the PHDRIVER_K64_CLRC663 macro includes in the compilation the files related to the new HW used in the ported project (for the board pin and GPIO config, SPI settings or timers). Precisely, these files are included inside BoardSelection.h file in the Driver Abstraction Layer (DAL).

When including header files into our project, the compiler must be told which directories must be searched to find those files. To do this:

In the left figure, we see the compiler include paths for the K82F SDK of the original example. In the ported example, the K64F SDK sources will not yet compile since we did not tell the compiler about all the new include paths. Therefore, we need to add the new include paths pointing to the K64F SDK and put them into the MCUXpresso IDE project. In the right figure, you can see the paths we included for this purpose. Mainly, these paths reference to the board system init, board drivers, CMSIS files and debug utils.

The last MCUXpresso settings to be changed is in the MCU Assembler. This can be found in the right-hand panel, choose the “MCU Assembler” and select “General”.

In the original source code, a path is used to the K82F SDK. In the ported example, we just need to remove the previous include path and replace it with the corresponding one pointing to the K64F SDK in our workspace.

So far, we have the HW, the development environment prepared and the project configuration settings changed. At this point, there are only a few code changes to be done before the porting is completed and the software example can be run in K64F.

The layered architecture of the NFC Reader Library makes porting easier since only the lower drivers need to be adapted. This driver includes functions for:

Going to the NfcrdlibEx1-BasicDiscovery loop project structure, it contains several folders. If we open the DAL > board folder, we can observe one source file per each supported platform (LPC with PN5180 and CLRC663, and the same for Raspberry Pi and Kinetis K82F). Our task for the porting would be to create an equivalent source file for the new supported board, the K64F together with the CLRC663 (e.g. Board_FRDM_K64FRc663.h). This file includes

In addition, we need to include the board, pin_mux and clock config files.

Use SDK examples to get FRDM-K64F board specific configuration

Implementing these board specific files, in some cases, could be time consuming and may require experience. However, you do not need to do so but rather use the existing source files. For that, you can use any of the existing SDK software examples. You can easily import one SDK example by:

Each example application has its own unique copy of the board, pin mux, and clock config files that you can reuse for the porting (Note: this process could be different depending on the MCU used).

Next, along the project tree, we need to add the #ifdef directives, indicating that K64F board files that need to be compiled. This is the case for:

The ph_AppInit.h  file takes care of the code initialization and code specific to the HW used to run the example. As part of this ph_AppInit.h file, there is a function in charge of initialization the host MCU. Here, we need to implement the corresponding function for the K64F init, based on the SDK example source code selected earlier. If we look within this routine, we actually find functions for:

After following the previous steps, the source code is succesfully ported to K64F. The following video demonstrates the correct execution of the NfcrdlibEx1_BasicDiscoveryLoop example in FRDM-K64F host MCU connected to CLRC663 plus NFC frontend (CLEV6630B).

The video includes a webcam, which records the HW, including all the witing wiring between the K64F and the CLRC663 plus antenna. After the code is built and compiled, the video shows how some tags are tapped to validate that the example is working as expected (tag’s UIDs are displayed in the MCUXpresso console). .

Overall, the general steps required to port the NFC Reader Library to your target MCU are:

The world of payment is going cashless and money transfer is becoming digital. 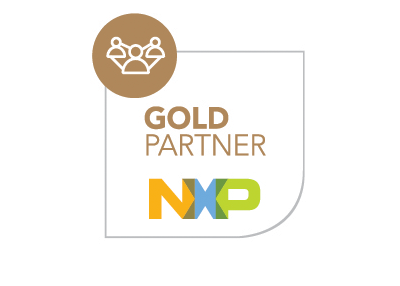